Touring the Land of the Dead 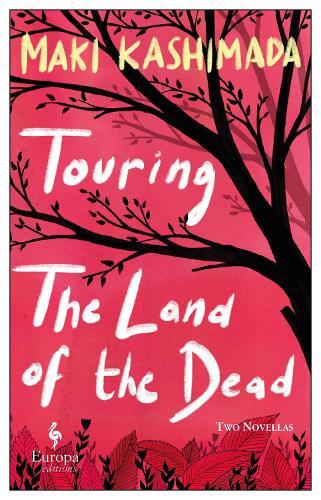 Touring the Land of the Dead

Natsuko’s husband Taichi was forced to stop working eight years ago by the sudden onset of a brain disease. Ever since then, they have been living on her part-time wages and what he receives in disability benefits. But Natsuko is well accustomed to financial hardship. Before meeting Taichi, she lived with her mother, a proud woman who clung to illusions of affluence long after the family riches had dried up. Her mother and her brother are haunted by their former station in life, restless spirits unable to live according to their present realities, and uncomprehending of Natsuko’s decision to marry a lowly functionary.
One day, Natsuko sees an ad for a spa resort posted on a bulletin board. She recognizes the place as a former luxury hotel, a symbol of that time in her mother’s youth when she wanted for nothing. Natsuko’s grandfather had taken her mother to the storied hotel when she was little. When Natsuko and her husband visit the much-changed hotel, the building triggers memories and epiphanies relating to the complicated history of her family. The overnight trip becomes a voyage into the netherworld - a journey to the doors of death and back to life.
The volume also contains a short story modelled on Junichiro Tanizaki’s The Makioka Sisters - Ninety-Nine Kisses portrays four unmarried sisters living in an old-fashioned neighbourhood in contemporary Tokyo.
‘While difficult to pin down, this novel is particularly compelling. This sense of sincerity comes, I think, not from the strength of the emotions put into the novel, but rather from the author’s writing style, and is a credit to her craftsmanship.’ - Hiromi Kawakami
$27.99Add to basket ›