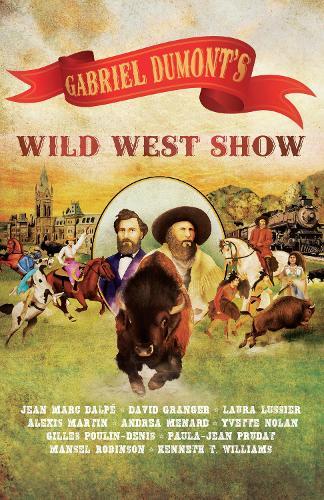 Gabriel Dumont’s Wild West Show is a flamboyant epic, constructed as a series of tableaux, about the struggles of the Metis in the Canadian West. It is a multilayered and entertaining saga with a rodeo vibe, loosely based on Buffalo Bill’s legendary outdoor travelling show. In 1885, following the hanging of his friend Louis Riel, bison hunter Gabriel Dumont fled to the United States. There he was recruited by the legendary Buffalo Bill, founder of Buffalo Bill’s Wild West, a gigantic outdoor travelling show that re-enacted life in the American West. It made a huge impression on Dumont, and he dreamed of putting together a similar show to tell the story of the struggle of Canada’s Metis to reclaim their rights. The creative team behind Gabriel Dumont’s Wild West Show - including ten authors, Indigenous and non-Indigenous, French- and English-speaking men and women - brings Dumont’s dream to life in a captivating, joyously anachronistic saga. The theatrical version of Gabriel Dumont’s Wild West Show presented by the National Arts Centre was one of a number of exceptional projects funded through the Canada Council for the Arts' New Chapter initiative. (Adapted from nac-cna.ca/en/wildwestshow.)