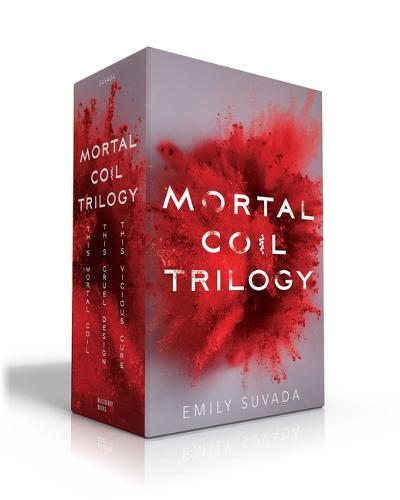 Seventeen-year-old Cat must use her gene-hacking skills to save the world from a terrible plague in this series that New York Times bestselling author Amie Kaufman says redefines ‘unputdownable’ –now available in a collectible boxed set! Catarina Agatta is a hacker. She can cripple mainframes and crash though firewalls, but that’s not what makes her special. In Cat’s world, people are implanted with technology to recode their DNA, allowing them to change their bodies in any way they want. And Cat happens to be a gene-hacking genius. That’s no surprise, since Cat’s father is Dr. Lachlan Agatta, a legendary geneticist who may be the last hope for defeating a plague that has brought humanity to the brink of extinction. But during the outbreak, Lachlan was kidnapped by a shadowy organization called Cartaxus, leaving Cat to survive the last two years on her own. When a Cartaxus soldier, Cole, arrives with news that her father has been killed, Cat’s instincts tell her it’s just another Cartaxus lie. But Cole also brings a message: before Lachlan died, he managed to create a vaccine, and Cole needs Cat’s help to release it and save the human race. Now Cat must decide who she can trust. The soldier with secrets of his own? The father who made her promise to hide from Cartaxus at all costs? In a world where nature itself can be rewritten, how much can she even trust herself? This collection includes: This Mortal Coil This Cruel Design This Vicious Cure