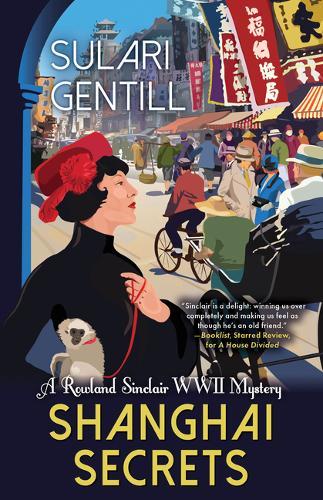 In a city full of strangers, be careful whom you trust… Shanghai, 1935. Black sheep gentleman Rowland Sinclair arrives with his bohemian housemates from Sydney, Australia to explore a new city and take the name Sinclair international with a new class of negotiations. A novice to global commerce, Rowland is under strict instructions from his brother to keep a low profile…but that soon becomes next to impossible. A beautiful Russian taxi girl–who once claimed to be the Princess Anastasia and who danced in Rowly’s arms the night before–is found slain in his suite. Out of sympathy for the murdered girl and to clear his name, Rowly and his companions embark upon their own investigation. They soon discover there are many people who may have wanted Alexandra Romanovna dead. As they are drawn deeper into Shanghai society and its underworld, Rowly searches for answers in a strange city determined to ruin him. Exploring the simmering underbelly of Shanghai just years before WWII, Shanghai Secrets is a historical mystery that brings alive an expatriate playground where East and West collide, the stakes are high, and fortunes–and lives–are easily lost.