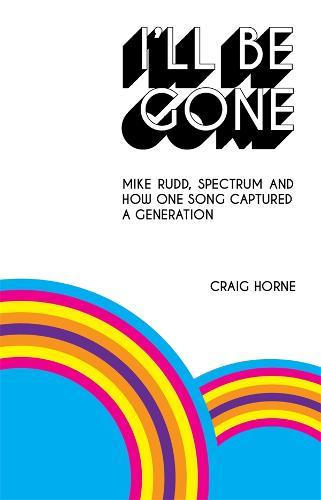 It reveals the musical and personal journey of Michael Rudd a national treasure, even though he’s a New Zealander!
The book traces Rudd’s musical origins leading Chants R&B, a quirky counter-cultural phenomenon of a band from Christchurch and follows him as he moves to Melbourne in the mid-1960’s to become an integral member of two Ross Wilson led avant-garde outfits, Party Machine and Sons of the Vegetal Mother. In 1969 Rudd then formed what would become Australia’s premier progressive/expressionist band, Spectrum.
The book describes the political, social and artistic context in which Rudd led Spectrum for the next four years. This was an era when Dylan wrote symbolist lyrics such as those of Sad Eyed Lady of the Lowlands, The Beatles were using horns and harps, harmonica quartets, assorted animal noises and a 91-piece orchestra on their recordings and Pink Floyd’s 1970 Atom Earth Mother LP presented side 1 as a suite, almost a symphony. Politically in Australia hundreds of thousands of young people all over the country were marching in the streets of our capital cities in protest of Australia’s involvement in the Vietnam War and capitalism was under the microscope, with many young people challenging it’s social and sexual inequalities, rampant materialism and environmental destruction.
It was in this tumultuous context that Mike Rudd wrote his seminal song I’ll Be Gone, a song that rejects the overriding materialist paradigm and describes an alternate life that embraces simplicity and freedom. It’s a beautiful song that encouraged a generation of young people to embrace a spirit of hope over violence, naturalism over avarice and freedom over servitude.
$32.99Add to basket ›

The Best of Me