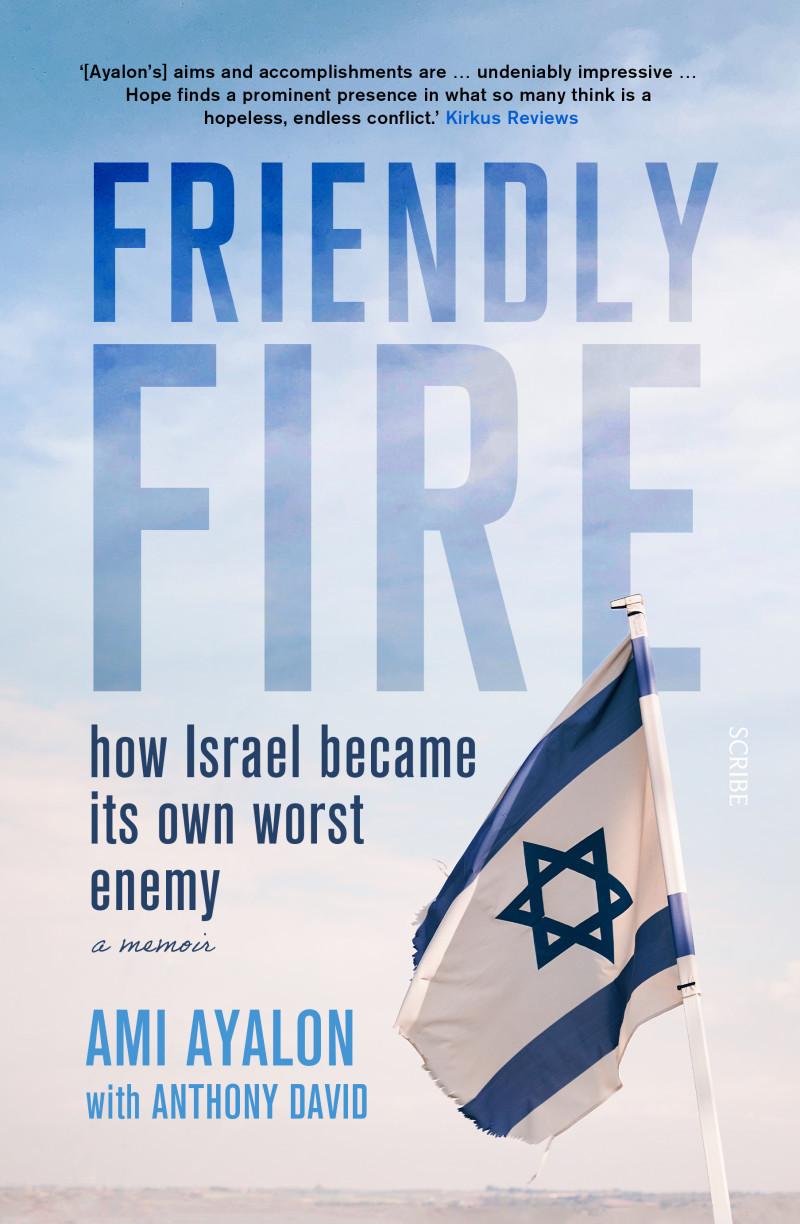 A highly decorated Israeli military officer, leader, and former director of the internal security service, Shin Bet, sees the light on what his country must do to achieve a lasting peace between Israel and the Palestinians.

In this deeply personal journey of discovery, Ami Ayalon seeks input and perspective from Palestinians and Israelis whose experiences differ from his own. As head of the Shin Bet security agency, he gained empathy for ‘the enemy’ and learned that when Israel carries out anti-terrorist operations in a political context of hopelessness, the Palestinian public will support violence, because they have nothing to lose.

Researching and writing Friendly Fire, he came to understand that his patriotic life had blinded him to the self-defeating nature of policies that have undermined Israel’s civil society while heaping humiliation upon its Palestinian neighbours.

‘If Israel becomes an Orwellian dystopia,’ Ayalon writes, ‘it won’t be thanks to a handful of theologians dragging us into the dark past. The secular majority will lead us there motivated by fear and propelled by silence.’

Ayalon is a realist, not an idealist, and many who consider themselves Zionists will regard as radical his conclusions about what Israel must do to achieve relative peace and security and to sustain itself as a Jewish homeland and a liberal democracy.