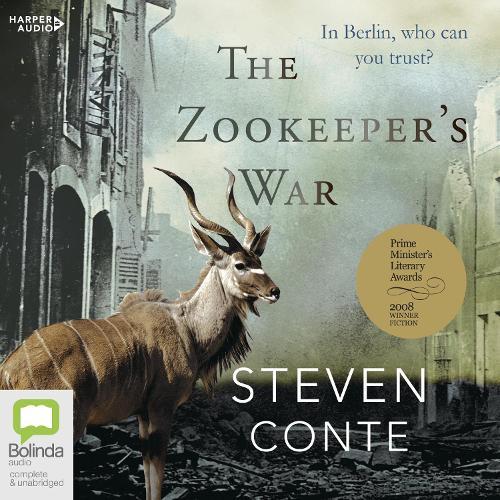 A story of passion and sacrifice in a city battered by war … It is 1943 and each night in a bomb shelter beneath the Berlin Zoo an Australian woman, Vera, shelters with her German husband, Axel, the zoo’s director. Together, they struggle to look after the animals through the air raids and food shortages. When the zoo’s staff is drafted into the army, forced labourers are sent in as replacements. At first, Vera finds the idea abhorrent, but gradually she realises that the new workers are the zoo’s only hope, and forms an unlikely bond with one of them. This is a city where a foreign accent is a constant source of suspicion, where busybodies report the names of neighbours' dinner guests to the Gestapo. As tensions mount in the closing days of the war, nothing and no one, it seems, can be trusted.