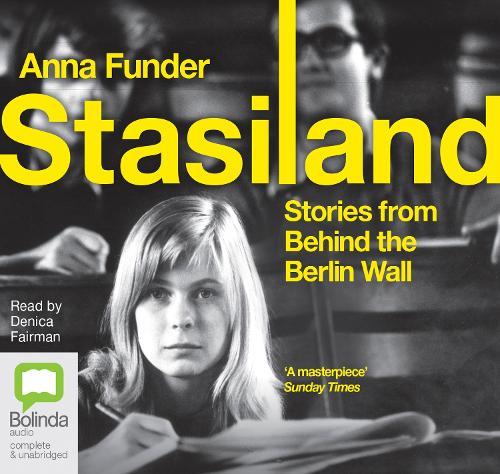 In 1989, the Berlin Wall fell; shortly afterwards the two Germanies reunited and East Germany ceased to exist. Anna Funder’s bestselling Stasiland brings us extraordinary tales of real lives in the former East Germany. She meets Miriam, who tried to escape to West Berlin as a 16-year-old; hears the heartbreaking story of Frau Paul, who was separated from her young baby by the Berlin Wall; and gets drunk with the legendary ‘Mik Jegger’ of the East, once declared by the authorities - to his face - ‘no longer to exist’. And she meets the Stasi men themselves, still proud of their surveillance methods. Funder’s powerful account of that brutal world has become a contemporary classic.