England on Fire: A Visual Journey through Albion’s Psychic Landscape 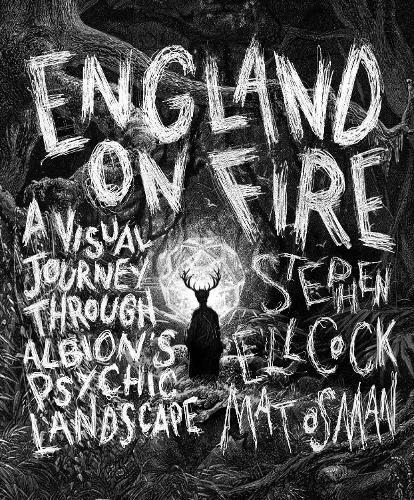 England on Fire: A Visual Journey through Albion’s Psychic Landscape

Bestselling author and online curator Stephen Ellcock selects pivotal images from art, films and television to chart the weird and wildly generous and creative spirit of England as it has developed over several thousand years. This is a book about English art like no other. Forget the tired rogues' gallery of lords and ladies, forget the tall ships and haywains. These images cut to the heart of England’s psychic landscapes to portray an Albion unhinged, where magic and rebellion and destruction are the horses to which the country is hitched. On these fabled shores we are all castaways, whether our family has lived here for four thousand years or for four. Here you will find depictions of ancient trackways, chalk carvings and standing stones, of animal-masked community rituals, of streets set ablaze in protest, of occult dreams and psychedelic prophecies. There are over 200 images by artists ranging from William Blake, J.M.W. Turner and Samuel Palmer to Paul Nash, Louis Wain, Bill Brandt, Derek Jarman and Ithell Colquhoun to present-day visionaries such as Paula Rego, Cathy de Monchaux, George Shaw, Jamie Reid, Matt Collishaw, Tacita Dean, Lina Iris Viktor, Yinka Shonibare, Nick Waplington, Dan Hillier, Nicola Tyson, Sutapa Biswas and Chila Kumari Burman. The mind-blowing selection of images is accompanied by short texts by Mat Osman, exploring magic and mazes, ghosts and gardens, shipwrecks and cities. These poetic renderings of a spectral isle, together with Stephen Ellcock’s hallucinatory visual journey, reclaim Albion as an eternally inspiring and anarchic domain - an England on fire.