The End of October: A page-turning thriller that warned of the risk of a global virus 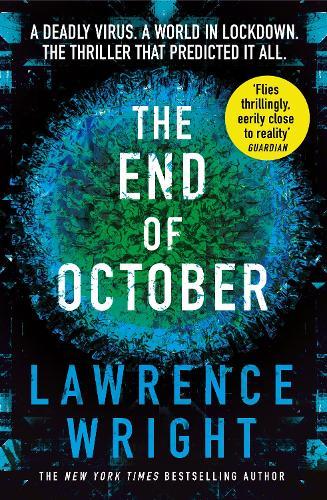 The End of October: A page-turning thriller that warned of the risk of a global virus

The instant New York Times bestseller. A riveting and prescient thriller - from Pulitzer Prize winner, Lawrence Wright - that shows one man’s race against time to save the world from a killer virus … A DEADLY VIRUS. QUARANTINE. A WORLD IN LOCKDOWN. THE THRILLER THAT PREDICTED IT ALL. THE INSTANT NEW YORK TIMES BESTSELLER ‘Flies thrillingly, eerily close to reality’ Guardian ‘This page-turner… is riveting and spookily anticipates much that has unfolded in reality’ Sunday Times A race-against-time thriller, as one man must find the origin and cure for a new killer virus that has brought the world to its knees. At an internment camp in Indonesia, forty-seven people are pronounced dead with a mysterious fever. When Dr Henry Parsons - microbiologist and epidemiologist - travels there on behalf of the World Health Organization to investigate, what he finds will soon have staggering repercussions across the globe. As international tensions rise and governments enforce unprecedented measures, Henry finds himself in a race against time to track the source and find a cure - before it’s too late … *** WHAT READERS ARE SAYING- ‘If you have a desire to really understand what is going on in the world right now, this is a novel that you cannot afford to miss!’ ‘Well-written and fast-paced. Most of all utterly, scarily, believable.’