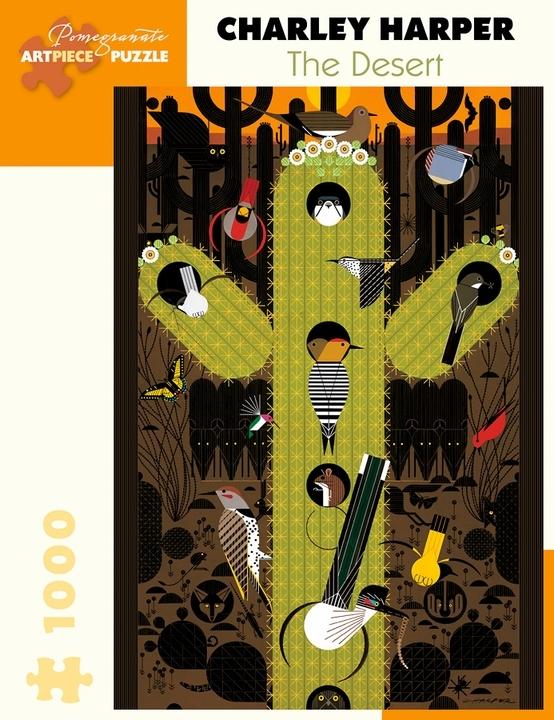 Charley Harper’s The Desert was originally featured on a poster commissioned by the US National Park Service. The painting includes an abundance and variety of flora and fauna, from the gila woodpecker (center) to the white-throated woodrat hiding beneath it. Nocturnal creatures blend into the darkness, but their eyes glow, ever alert! Harper made paintings filled with color, motion, and fun. His careful study of each creature helped him simplify its form so that its unique personality shone through. His work has been treasured by art and animal enthusiasts for decades.

END_OF_DOCUMENT_TOKEN_TO_BE_REPLACED

Jigsaw Puzzle: The World Of Shakespeare