Discovering The True Self: Kodo Sawaki’s Art of Zen Meditation 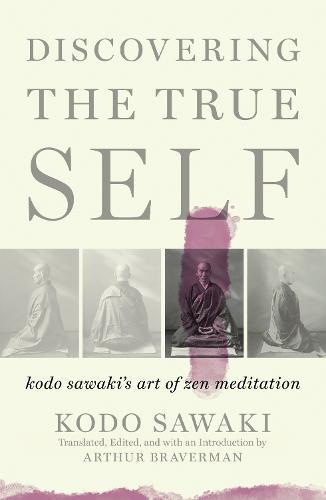 Discovering The True Self: Kodo Sawaki’s Art of Zen Meditation

These profound Zen Buddhism teachings explained in ordinary language from one of the most respected Zen masters of the 20th century are an essential resource for those interested in Zen meditation (Publishers Weekly). You can’t see your true Self. But you can become it. Becoming your true Self is zazen. Having come of age as an orphan in the slums of Tsu City, Japan, Kodo Sawaki had to fight his way to adulthood, and became one of the most respected Zen masters of the 20th century. He had a great understanding of Dogen Zenji’s teaching and he knew how to express Dogen’s philosophy in clear, easily-understood language. Sawaki’s primary mission was to bring all people to an awareness of the Self, which he believed came through Zen meditation. His humor and straightforward talk garnered Sawaki followers from all walks of life. Though he remained poor by choice, he was rich in spirit. Two of his students who became known in America as well as in Japan were Kosho Uchiyama, abbot of Antaiji Temple and author of Opening The Hand of Thought, and Gudo Nishijima, Zen teacher and translator of Dogen’s Shobogenzo. A student of Kosho Uchiyama, Arthur Braverman has compiled an anthology of Sawaki’s writings and a garland of sayings gathered from throughout his lifetime. One of a few collections of Sawaki’s teachings published in English, his life and work bracket the most intriguing and influential period of modern Zen practice in Japan and America.