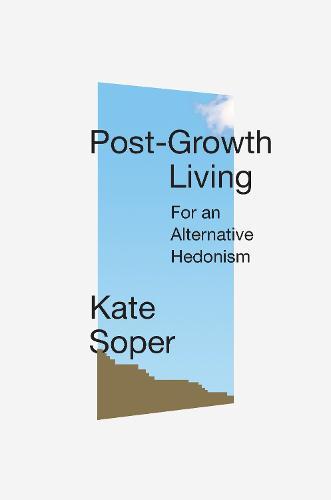 The reality of runaway climate change is inextricably linked with the mass consumerist, capitalist society in which we live. And the cult of endless growth, and endless consumption of cheap disposable commodities isn’t only destroying the world, it is damaging ourselves and our way of being. How do we stop the impending catastrophe, and how can we create a movement capable of confronting it head-on?
In Alternative Hedonism, philosopher Kate Soper offers an urgent plea for a new vision of the good life, one that is capable of delinking prosperity from endless growth. Instead, she calls for a renewed emphasis on the joys of being, one that is capable of collective happiness not in consumption but by creating a future that allows not only for more free time, and less conventional and more creative ways of using it, but also for more fulfilling ways of working and existing. This is an urgent and necessary intervention into debates on climate change.
$39.99Add to basket ›