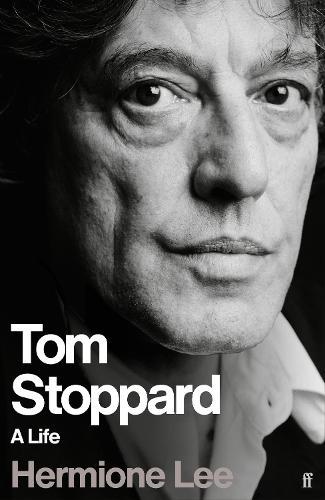 In this gripping narrative, Hermione Lee builds a unique portrait of one of our greatest playwrights. Her biography is remarkable for its unprecedented access to private papers, diaries and letters, and for the countless interviews it draws on. Meticulously researched, it tracks its subject from his Czech origins and childhood in India to every school and home he’s ever lived in, every piece of writing he’s ever done, and every play and film he’s ever worked on. It tells the whole story, from his family’s wartime escape from Nazi-occupied Czechoslovakia, to his English upbringing and lifelong love of his adopted country. It vividly evokes his youth as a Bristol reporter and would-be playwright and his dramatic leap to fame in the 1960s with Rosencrantz and Guildenstern Are Dead. It follows a life of amazing energy and activity, involving three marriages and four children, alongside constant writing, casting, rehearsing, lecture tours, interviews, first nights and transatlantic travel. It looks at the complexities of his political involvements, from his reputation for conservatism and disengagement, to his long years of work on behalf of Eastern Europe, Soviet prisoners of conscience , PEN and the Free Belarus Theatre, and his close friendship with the playwright, dissident, and Czech President Vaclav Havel. It describes a career spanning over five decades, right up to his new, movingly personal play Leopoldstadt, opening in 2020, soon before the publication of this book. Lee’s biography is full of Stoppard’s voice, humour and thoughts about life: there’s a Stoppard joke on almost every page. It observes him in rehearsal, looks at the changes he makes to his classic plays over many years, and makes brilliant close readings of his best, and least, known work for stage, screen and radio. Well over 100 people have been interviewed, including names from the theatrical, movie, music and literary worlds such as Felicity Kendal, Trevor Nunn, Diana Rigg, John Boorman, Richard Eyre, Sonia Friedman, Michael Kitchen, Simon Russell Beale, Tim Rice, Steven Spielberg, and David Cornwell (alias John le Carre). It draws on several years of long, exploratory conversations with Stoppard himself. But in the end this is the story of a complex, elusive and private man, which tells you an enormous amount about him but leaves you, also, with the fascinating mystery of his ultimate unknowability.