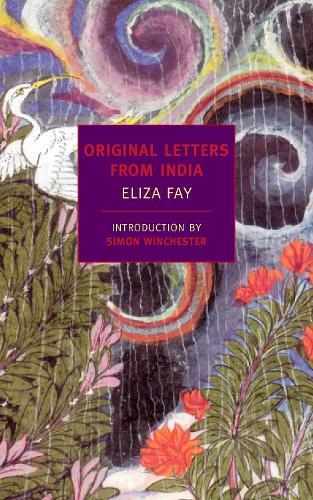 Why remember Eliza Fay nearly two centuries after her death? Her origins are obscure; she was not beautiful, rich, or outlandishly accomplished. Yet the letters recounting her 1779 voyage from England to India captivated E. M. Forster, who discovered them while in India and in 1925 persuaded Virginia and Leonard Woolf to publish them in England. The letters have been delighting readers ever since with their truth-is-stranger than- fiction twists and turns, their earthy humor, and their depiction of an indomitable, unstoppable woman. These days you can hop on a plane in England and be in India the next morning, but when the intrepid Mrs. Fay departed from Dover more than two hundred years ago, it was to embark on a grueling twelve-month journey through much of Europe, up the Nile, overland through the deserts of Egypt, and finally across the sea to India. Along the way she and her fellow travelers encountered wars, territorial disputes, brigands, and even imprisonment. Fay was a contemporary of Jane Austen, but her adventures are worthy of a Daniel Defoe heroine. Her letters-unfiltered, forthright, and often hilarious-bring the perils and excitements of an earlier age to life.