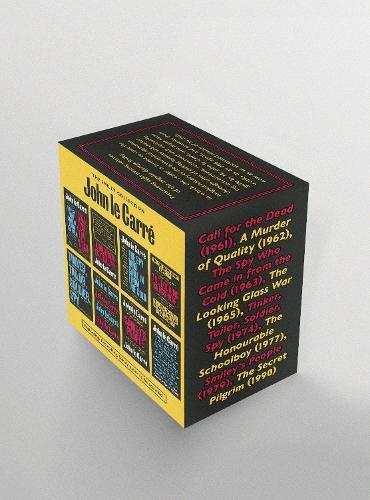 Presenting three decades of the singular George Smiley A pursuit to solve a murder; a satire on the Etonian ruling class; an espionage thriller of plots and counter-plots; a devilish drama behind East German lines; a deadly hunt for a Soviet mole; a high-risk operation in South East Asia; a final showdown between spymasters; and a survey of the shattered moral landscape of the Cold War. Featuring the quintessentially English spymaster George Smiley, these are the eight gripping, globetrotting classics which defined John le Carre’s oeuvre and earned him a reputation as one of the world’s best living novelists, now in A format with a retro cover look created by the award-winning UK designer David Pearson. Including Call for the Dead, A Murder of Quality, The Spy Who Came in from the Cold, The Looking Glass War, Tinker, Tailor, Soldier, Spy, The Honourable Schoolboy, Smiley’s People and The Secret Pilgrim.