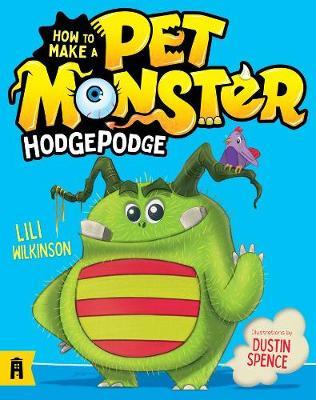 I’m Artie. I’m eleven years old. I do not believe in ghosts, or monsters. I do believe in science. I also believe that my step-sister Willow is kinda terrifying.
Willow and I found a weird old book in the attic of our new house. It’s called the Big Boke of Fetching Monsters. And it tells you how to make your own monster. But that’s impossible.
You DEFINITELY can’t make a monster, because MONSTERS DO NOT EXIST.