Against All Odds: The inside account of the Thai cave rescue and the courageous Australians at the heart of it 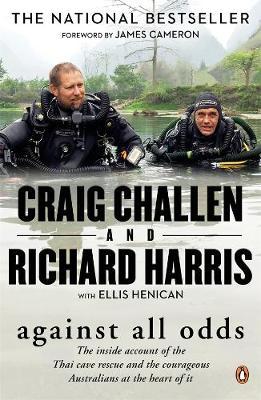 Against All Odds: The inside account of the Thai cave rescue and the courageous Australians at the heart of it

The inside account of the breathtaking rescue that captured the world. ‘I just want to warn you. You’re going to dive to the end of the cave. You’re going to see these kids. They’re all looking healthy and happy and smiley. Then, you’re going to swim away, and they’re probably all going to die.’ In June 2018, for seventeen days, the world watched and held its breath as the Wild Boars soccer team were trapped deep in a cave in Thailand. Marooned beyond flooded cave passages after unexpected rains, they were finally rescued, one-by-one, against almost impossible odds, by an international cave-diving team which included Australians Dr Richard Harris and Dr Craig Challen. These two men were chosen for their medical expertise and cave diving knowledge, but this dangerous rescue asked so much more of them. They had to remain calm under extreme pressure and intense scrutiny, adapt to constantly changing circumstances and importantly, build trust among the rescue team and with the young boys and their coach, whose lives were in their hands. Here is the story of these two Australian men who became international heroes - it is a story of determination, cunning and triumph that will long be remembered.