Brasswitch and Bot (The Rise of the Remarkables, Book 1) 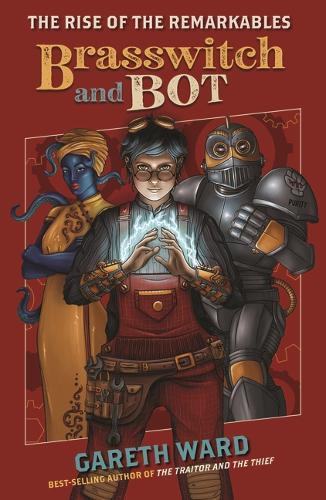 Brasswitch and Bot (The Rise of the Remarkables, Book 1)

Screams surge along York’s narrow Victorian streets as a run-away crackle-tram races toward disaster. Fearing an accident like the one that killed her parents, Brasswitch Wrench is forced to reveal her powers - a decision that will change her life forever.
Recruited to the sinister department of Regulators who hunt down others like her, Wrench teams up with their maverick mechanical leader, Bot as they are tasked with halting the rise of the aberration threat. Until today, being called Brasswitch would have got you killed. Now, it might save your life.
$19.99Add to basket ›

END_OF_DOCUMENT_TOKEN_TO_BE_REPLACED

Grime and Punishment (The Adventures of Dog Man, Book 9)

Sherlock Bones and the Sea-Creature Feature

The Princess in Black and the Bathtime Battle

The Wolves of Greycoat Hall