Gamish: A Graphic History of Gaming 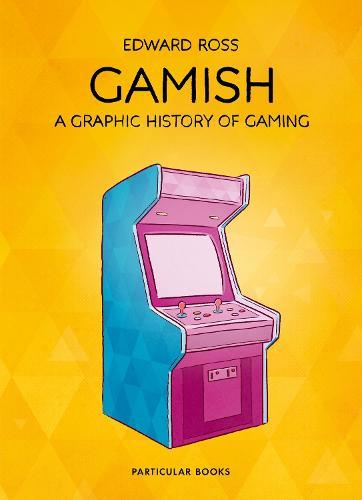 Gamish: A Graphic History of Gaming

A thrilling illustrated journey through the history of video games and what they really mean to us Golden Axe. The Sims. Half Life. Mega Drive. SNES. Like many teenagers around the world, Edward Ross grew up on a steady diet of video games and fascinating gadgets. As he continued to obsess over video games while drawing comic books, he started wondering what it was that made them more than just a pastime. Why do we play? This gorgeously illustrated book takes us deep into the history of video games, from the early prototypes created in the late 1940s through the growth of the medium in the 1970s and into the modern era, in which games are a crucial part of mainstream culture. Exploring politics, history and personal stories, and moving seamlessly from the greatest hits to engrossing indie games, Gamish is a love letter to an obsession that has gripped more than two billion people around the world.