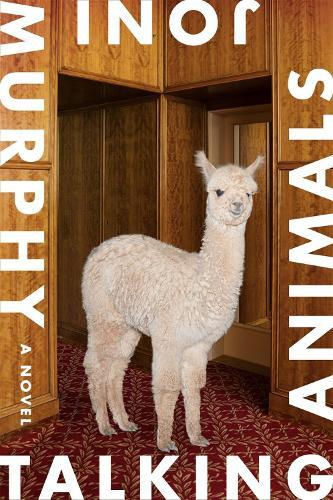 Parrots own cafes and lemurs run the espresso machines. Badgers tend bar, raccoons write for The Post, and a racehorse is mayor. There are dogs on Wall Street and cats on Broadway. Sea creatures are viewed with fear and disgust. Maybe a big wall should be built to keep them out. It’s New York City, now-ish. No big deal. Alfonzo is an alpaca. His hip friend Mitchell is a llama. They both work at City Hall and are trying to navigate the great furry city collapsing around them. Partly to meet girls, and partly out of a sense that the world might be ending, these lowly city employees embark on an unlikely mission to take down the corrupt system selling the city out from beneath its real inhabitants. Their journey soon leads them to the Sea Front, a clandestine group that could as easily be a hive of dangerous radicals as an inspirational liberation movement. This world without humans teems with creatures stuck in frustrating jobs and surrounded by crumbling infrastructure and worsening environmental catastrophes. Joni Murphy’s Talking Animals is Animal Farm by way of Annie Hall by way of The Sixth Extinction. At once delicate and urgent, it is a contemporary allegory about community and capitalism, art and protest, the physical and emotional devastation of global warming, and the elemental struggle to change one’s life.