The Complete Novels of Jane Austen 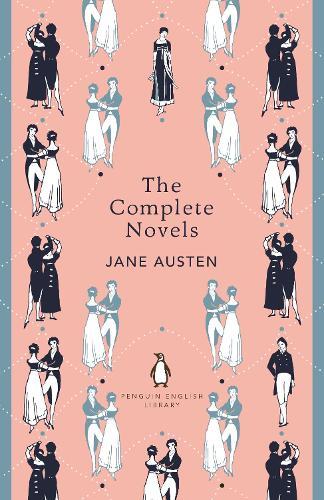 The Complete Novels of Jane Austen

Jane Austen’s masterworks in a single beautiful Penguin English Library volume Few novelists have conveyed the subtleties and nuances of their own social milieu with the wit and insight of Jane Austen. Here in one volume are her seven great novels- Sense and Sensibility, Pride and Prejudice, Mansfield Park, Emma, Northanger Abbey, Persuasion, and Lady Susan. Through her vivacious and spirited heroines and their circle, Austen vividly portrays English middle-class life as the eighteenth century came to a close and the nineteenth century began. Each of the novels is a love story and a story about marriage- marriage for love, for financial security, for social status. But they are not romances; ironic, comic, and wise, they are masterly evocations of the society Jane Austen observed.The Penguin English Library - collectable general readers' editions of the best fiction in English, from the eighteenth century to the end of the Second World War.