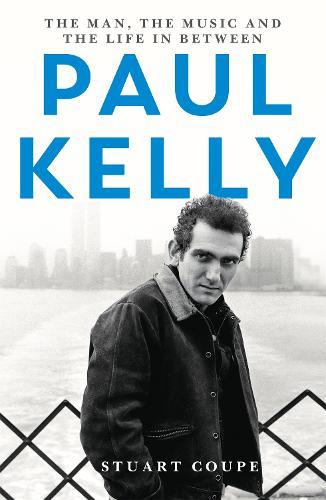 Until now, no one has written the definitive biography of Australia’s best-loved singer, song writer and poet. Taking us from Paul Kelly’s family life as the sixth of nine children in Adelaide, Stuart Coupe, with Paul’s blessing and access to friends, family and band mates, shows us the evolution from a young man who only really picked up a guitar in his late teens, to an Australian music icon. As Paul’s music career took off he had to juggle the demands of rock'n'roll with real life and it wasn’t always pretty. As Paul’s manager for a time, Stuart Coupe has seen or heard it all - the good and the bad (like Paul being told by an audience member that his was the worst band ever!).
The book will look at Paul Kelly’s personal relationships and the impact they have had on Paul’s career and his storytelling. It will also highlight his generosity to other artists, like Archie Roach. In 2017 Paul Kelly received an Order of Australia acknowledging his distinguished service to the performing arts and the promotion of the national identity through his contributions as singer, songwriter and musician. At the foundation of it all is his storytelling. Paul Kelly: The Man, the Music and the Life In-between will give us an unfiltered examination of it all.
$35.00Add to basket ›

END_OF_DOCUMENT_TOKEN_TO_BE_REPLACED

Untwisted: the Story of My Life

A Different Kind of Seeing

END_OF_DOCUMENT_TOKEN_TO_BE_REPLACED

To the End of the World

Untwisted: the Story of My Life