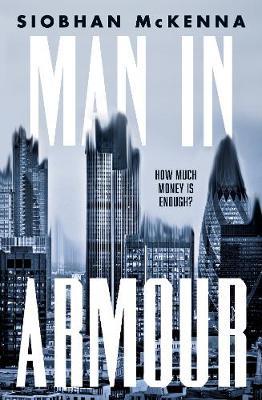 How much money is enough? How powerful do you want to be? And what price will it extract from you?
An intriguing, powerful and hardhitting novel of the world of finance, big business and dealmaking, written by a leading business insider.
Charles lives in the testosterone-driven, high-powered, brutal world of investment banking. It is a world dominated by money, deals, bonuses, backstabbing, endless front and manoeuvring, bluff, bravado and savagery. Charles is a master of this world. Each day he shrugs on a metaphorical suit of armour and goes out into a dog-eat-dog world to do deals. He’s a man who is used to casual brutality after all - his childhood saw to that.
But there is a price to pay. Charles has put that armour on, piece by heavy, painful piece, in order to survive his childhood first, and then the casual brutality of his chosen world. He’s learnt - through his childhood and through the vicious cut and thrust of the deal-making years - to keep his armour on at all times. But now, at the peak of his career, his armour is rusted and bloodstained and no longer protecting him the way it used to. He finds himself empty. Always cold. No friends. A distant wife. Children who barely know him.
Over the course of two days, everything in Charles' life comes into question. His carefully constructed world is starting to splinter apart - and he’s splintering too. All these compromises he’s accepted, all the careful arrangements he’s made and all the rigid structures he’s allowed to calcify around him, are no longer holding together - the centre, crucially, is not holding, to use Yeats' phrase. This is a story of a man whose world is falling apart - and the very start of his putting it back together.
Shocking and at times immensely moving, Man in Armour is a compelling novel, written with a sharp-eyed, incisive focus that also carries real emotional - and moral - resonance. Written by an ultimate business insider - a woman who knows intimately and at first hand this world of power, money and deal-making - this novel carries an undeniable authenticity and force.
$32.99Add to basket ›