Democratic Adventurer: Graham Berry and the Making of Australian Politics 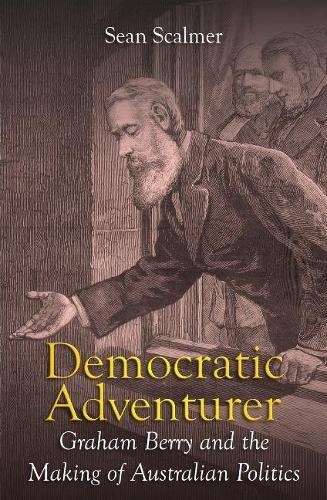 Democratic Adventurer: Graham Berry and the Making of Australian Politics

Graham Berry (1822-1904) was colonial Australia’s most gifted, creative and controversial politician.
A riveting speaker, a newspaper proprietor and editor, and the founder of Australia’s first mass political party, he wielded these tools to launch an age of reform: spearheading the adoption of a ‘protectionist’ economic policy, the payment of parliamentarians, and the taxing of large landowners. He also sought the reform of the Constitution, precipitating a crisis that the London Times likened to a ‘revolution’.
This book recovers Berry’s forgotten and fascinting life. It explores his drives and aspirations, the scandals and defeats that nearly derailed his career, and his remarkable rise from linen-draper and grocer to adored popular leader. It establishes his formative influence on later Australian politics. And it also uses Berry’s life to reflect on the possibilities and constraints of democractic politics, hoping thereby to enrich the contemporary political imagination.
$39.95Add to basket ›