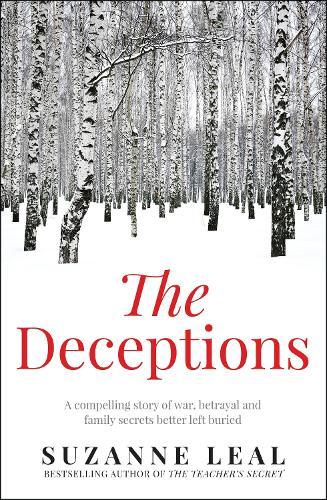 In 1943, a young woman is taken to a Jewish ghetto outside Prague where one of the guards - a Czech gendarme - is quickly drawn to her. Believing he will offer her protection, Hana reluctantly accepts Karel’s advances only to find herself alone and abandoned in Auschwitz. Decades later, Karel carries his regrets to Sydney where he and his family try to make a new life for themselves.
Despite her devotion to the family, Karel’s wife is a troubled woman, haunted by a secret that will not leave her as the consequences of her actions as a young woman continue to reverberate both within her family and further afield. Meanwhile, the couple’s daughter is still reeling from her husband’s infidelities as, unbeknownst to any of them, their cherished granddaughter becomes more and more entangled with her married boss.
Outwardly harmonious, this is a fractured family whose lives are built on foundations of lies and deceptions - foundations that threaten to completely collapse as old transgressions re-emerge in the lead up to a long-awaited family wedding. Inspired by a true story of wartime betrayal, The Deceptions is a searing, compassionate tale of love and regret within a family whose secrets might better be left alone.
‘The Deceptions is a stunning example of the way fiction tells war better than any other form - I could taste its madness, its horror. Saw from the outside, its utter absurdity. For days after reading the novel I found myself wrestling with the price of betrayal, and the value of truth.’ - Sofie Laguna, winner of the Miles Franklin Literary Award
$32.99Add to basket ›