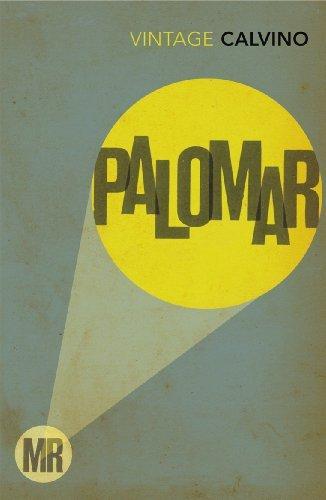 ‘Here, Calvino, probably Italy’s leading novelist before he died, focuses a probing eye on one man’s attempt to name the parts of his universe, almost as though Mr Palomar were trying to define and explain his own existence. Where the Palomar telescope points out into space, Mr Palomar points in- walking the beach, visiting the zoo, strolling in his garden. Each brief chapter reads like an exploded haiku, with Mr Palomar reading an universe into the proverbial grain of sand’ Time Out