Hard Eight & to the Nines: Two Novels in One 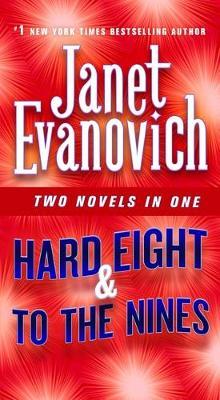 Hard Eight & to the Nines: Two Novels in One

Twice the trouble and double the fun–two Stephanie Plum novels in one special edition! Hard Eight Stephanie, along with Morelli, Ranger, Lula, Valerie, Grandma Mazur, and Mooner, is strapped in for the ride of a lifetime. When a child is kidnapped by his own father, Stephanie is hired to find them both. But things aren’t always as they seem–and soon Stephanie must determine if she’s working for the right side of the law. Plus, there’s the Morelli question: can a Jersey girl keep her head on straight when more than just bullets are aiming for her heart? And with Stephanie and Morelli on the rocks, is it time for Ranger to move in for the kill? To The Nines The pursuit of a skip takes Stephanie, Lula, and Grandma to Vegas, where three mob guys will do whatever it takes to make sure it’s a one-way ticket. Until then, Stephanie makes it her business to meet up with all the city’s most dangerous characters from the underground and up. With the surprising appearance of Joe Morelli to Ranger doing his own kind of surveillance, Stephanie’s nights have never been hotter. Will what happens to her in Vegas stay in Vegas–or is something more sinister in store? Evanovich is funny and ceaselessy inventive. –Los Angeles Times Book Review