Alison Watt: A Portrait Without Likeness: a conversation with the art of Allan Ramsay 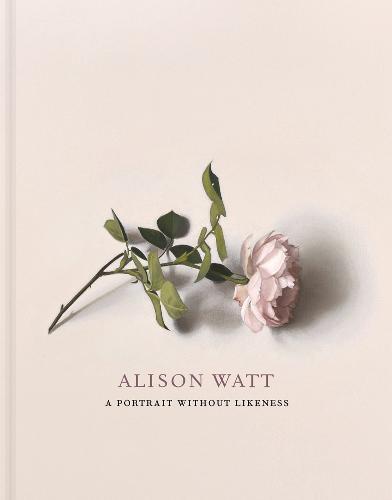 Alison Watt: A Portrait Without Likeness: a conversation with the art of Allan Ramsay

In a series of brand new paintings, renowned artist, Alison Watt, responds to the paintings and drawings of 18th-century Scottish artist Allan Ramsay. The new works are particularly inspired by Ramsay’s wonderful and much-loved painting of his wife, but also consider some seldom seen drawings from Ramsay’s 1755-57 sketchbook. Watt’s response is made through a series of interpretations in her own style, while developing a great appreciation of the remarkable delicacy in Ramsay’s work. The new paintings and historical portraits and drawings are accompanied by a statement from the artist and commentaries on the works featured in the book. While offering a fresh and modern perspective on the historical works of one of Scotland’s outstanding portraitists, this book also reveals insight into how one of today’s leading artists looks at and is inspired by the art of the past. AUTHOR: Alison Watt was born in Greenock and studied at Glasgow School of Art. She first came to prominence when, still a student, she won a national portrait competition organised by the National Portrait Gallery in London. Watt subsequently became known for her paintings of figures, often female nudes, in light-filled rooms. This led on to a series of works exploring the properties of fabric. In 2000 she became one of the youngest artists to have a solo exhibition at the Scottish National Gallery of Modern Art. Watt participated in the 2010 exhibition Autoritratte at the Sala delle Reali Poste in the Uffizi Gallery, Florence, Italy, which brought together female self-portraits from the sixteenth century to today. She was Associate Artist at the National Gallery, London in 2006-8. In 2008 she was awarded an OBE. SELLING POINTS: . The first appearance in print of a series of brand new paintings by Alison Watt . Revisits and explores the work of popular 18th-century artist, Allan Ramsay . A fascinating melding of 18th- and 21st-century Scottish art . A beautiful book which, in its design, reflects the delicacy of Allan Ramsay’s work 30 colour images