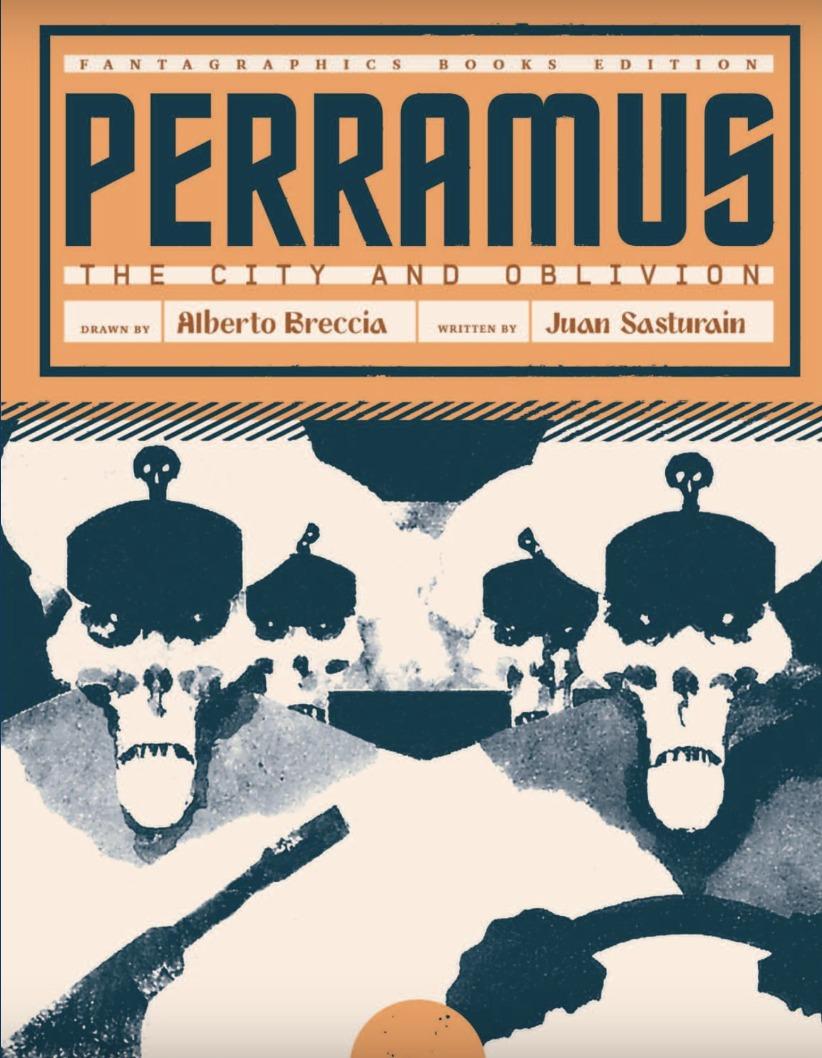 This graphic novel follows the existential odyssey of a political dissident. When he voluntarily loses his memory, he’s dubbed Perramus from the brand of his raincoat. During his absurdist travels, he teams up with the gruff Cannelloni; a foreign aviator dubbed The Enemy by despot Mr. Whitesnow; and the blind author Borges (based on the real-life literary figure), who comes to be a guide.

This motley crew journeys to outlandish locales where they encounter a variety of eccentric characters – including a director of trailers for films that will never exist; a guerilla fbeforce of circus folk, clowns, and puppeteers; a tin-pot dictator with a vast fortune built on an empire of excrement; and Ronald Reagan. This highly anticipated collection is an act of resistance in and of itself – it was created while Argentina’s military dictatorship was still in power. Perramus is a cartooning tour de force, with a revolutionary message that remains vital to this day.