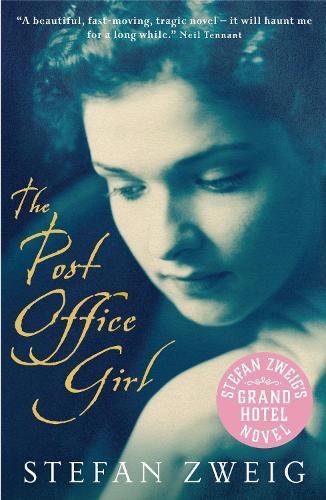 A young Austrian woman, Christine, toils away in a provincial post office when, out of the blue, a telegram arrives inviting her to join an American aunt she’s never known in a fashionable Swiss resort. She accepts and is swept up into a world of almost inconceivable wealth and unleashed desire. She feels herself utterly transformed. Then, just as abruptly, her aunt cuts her loose and she has to return to the post office, where - yes - nothing will ever be the same. Christine meets Ferdinand, a bitter war veteran and disappointed architect, forced to work on construction sites. They are drawn to each other, just as they are crushed by a sense of deprivation, anger and shame. Inevitably their attempts at love look set to flounder until, in one desperate and decisive act, they find a way to remake their world from within.

END_OF_DOCUMENT_TOKEN_TO_BE_REPLACED

Journey Into the Past

After nine years of separation from his native country because of the First World War, Louis finally sets foot in Austria and meets the woman he had been in love with. Previously divided by class and wealth, both are now married,...

The post-office girl is Christine, who looks after her ailing mother and toils in a provincial Austrian post office in the years just after the Great War. One afternoon, as she is dozing among the official forms and stamps, a...

A young Austrian woman, Christine, toils away in a provincial post office when, out of the blue, a telegram arrives inviting her to join an American aunt she's never known in a fashionable Swiss resort. She accepts and is swept up...