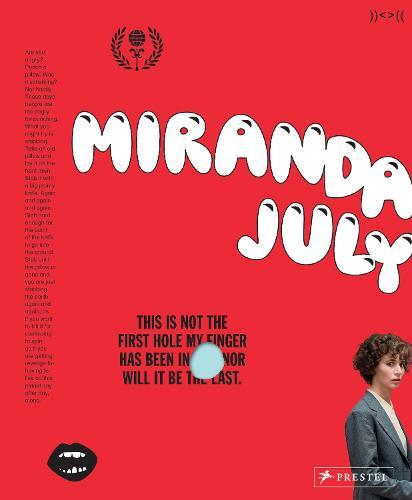 The work of Miranda July - the most impressively cross-disciplinary artist of her generation - is brought into focus in this mid-career retrospective. From her early rarely seen Riot Grrrl-influenced fanzines and performances to a career that has produced seminal films, fiction, sculptures, public art, and even a smartphone app, Miranda July has proven incredibly adept at not only articulating the poignancy and humour of the human plight, but has also achieved enormous acclaim along the way. This chronological retrospective includes July’s performance and video projects, award-winning, internationally acclaimed films, digital multimedia, and written works which make clear the multidimensionality of her work. The book includes photography, stills, and archival ephemera and is narrated by friends, collaborators, curators, assistants, and audience members including David Byrne, Spike Jonze, Lena Dunham, Carrie Brownstein, and Hans Ulrich Obrist, as well as July herself. This behind-the-scenes commentary reveals a uniquely intimate perspective on the process, struggles, and grit involved in forging one’s own path. What emerges is just how singular her voice is - from a movie narrated by an injured cat to a performance that builds an intentional community; from sculpture that engages the public to an interfaith charity shop in a London department store. July may be nearly impossible to categorise, but the importance of her work and her status as an essential cultural icon with wide-ranging appeal is irrefutable. AUTHOR: Miranda July is a filmmaker, artist, and writer. She wrote No One Belongs Here More Than You, a book of short stories that won the Frank O'Connor International Short Story Award, and The First Bad Man, a novel. She wrote and directed the movies Me and You and Everyone We Know, The Future, and the forthcoming Kajillionaire. Her films have won numerous prizes, including the Camera d'Or at the Cannes Festival and the Special Jury Prize at the Sundance Film Festival. Raised in Berkeley, California, July lives in Los Angeles. 200 colour illustrations