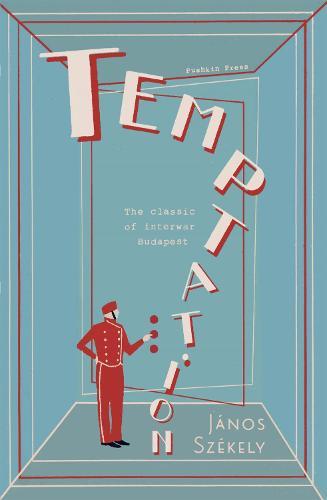 Bela has never had much luck. His mother abandoned him at birth to go to work in Budapest, leaving him in the care of the dubious ‘Aunt Rozika’, a former prostitute who now runs a foster home with equal parts hauteur and cruelty. Victimised and almost starved by his guardian, Bela must fight for everything, from scraps of the other boys' food to the right to go to school. At fourteen he is caught trying to steal a pair of shoes; his mother is called and she reluctantly takes him with her to Budapest.

Once in the capital Bela manages to secure a position at a grand old hotel, and it is here that a more privileged lifestyle seems to extend a hand to him. Operating the lift, Bela encounters people from across Hungarian society and beyond, including the beautiful daughter of an American businessman and a passionate revolutionary. But his new lifestyle offers both pleasures and perils, and Bela must find a way to forge his own life from the divergent influences that surround him.

A picaresque classic with a rich vein of bawdy humour, Temptation is an under-appreciated masterpiece of twentieth-century fiction. Rich, varied and endlessly entertaining, the novel creates a stunning panorama of Hungarian society through the travails of its singularly charming hero.