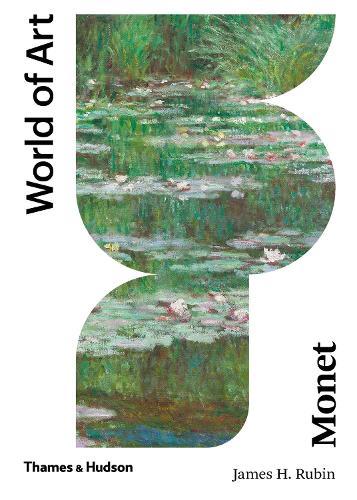 Claude Monet (1840-1926) is one of the most admired and famous painters of all time, and the architect of Impressionism: a revolution that gave birth to modern art. His technique - painting out of doors, at the seashore or in the city streets - was as radically new as his subject matter, the landscapes and middle-class pastimes of a newly industrialised Paris. Painting with an unprecedented immediacy and authenticity, Monet claimed that his work was something new: both natural and true.

In this new introductory study, James H. Rubin - one of the world’s foremost specialists in 19th-century French art - traces the development of Monet’s practice, from his early work as a caricaturist to the late paintings of waterlilies and his garden at Giverny. Rubin explores the cultural currents that helped to shape Monet’s work: the utopian thought that gave rise to his politics; his interest in Japanese prints, gardening, and trends in the decorative arts; and his relationship with earlier French landscape painters as well as such contemporaries as Manet and Renoir.

END_OF_DOCUMENT_TOKEN_TO_BE_REPLACED

Ellis Rowan: A Life in Pictures

Petal: The World of Flowers Through an Artist’s Eye