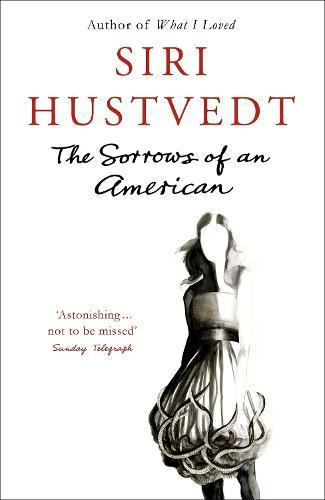 After their father’s funeral, Erik and Inga Davidsen find a cryptic letter from an unknown woman among his papers, dating from his adolescence in rural Minnesota during the Depression. Returning to his psychiatric practice in New York, Erik sets about reading his father’s memoir, hoping to discover the man he never fully understood. At the same time, another woman enters Erik’s lonely, divorced life - a beautiful Jamaican who moves into his garden flat with her small daughter. As Erik gets drawn into the cat-and-mouse tactics of someone who appears to be stalking her, he finds out that his sister Inga is also being threatened, by a journalist in possession of a wounding secret from her past. A multi-layered novel that probes the mysteries of the heart and mind, THE SORROWS OF AN AMERICAN is a compulsive, thought-provoking and profoundly affecting novel that resonates long beyond the last page.

After Siri Hustvedt’s stunning and critically successful novel What I Loved (2003), it was with great anticipation that I read her new novel, Sorrows of an American. Once again, Hustvedt has delivered a multi-layered and profoundly affecting novel that engages the reader throughout.The new book begins with grieving siblings Erik and Inga Davidsen attending their father’s funeral in rural Minnesota. While sorting through their dead father’s papers, the pair discovers a disturbing letter by an unknown woman from their father’s past. Upon returning to their lives in New York, Erik and Inga continue to pursue the mystery behind the letter, while Erik embarks on reading his father’s memoir, hoping to discover the man he never knew. At the same time a beautiful woman, Miranda, enters Erik’s life, moving into the garden flat above his with her young daughter. As Erik gets drawn into the cat-and-mouse tactics of someone who appears to be stalking Miranda (and his undeniable feelings for her), he discovers that Inga is also being threatened, by a journalist in possession of a heartbreaking secret from her late husband’s past. As the novel progresses, each new mystery unfolds to reveal a family’s secrets, sorrows and stories, in both the past and the present. Sorrows of an American is a beautiful novel and will surely be one of the must-reads of the year.

END_OF_DOCUMENT_TOKEN_TO_BE_REPLACED

The Summer Without Men

The Shaking Woman or A History of My Nerves

A Plea For Eros

The Enchantment of Lily Dahl

The Sorrows Of An American

The dazzling new novel by the author of the international bestseller, WHAT I LOVED, about the secrets and ghosts that haunt families from one generation to the next