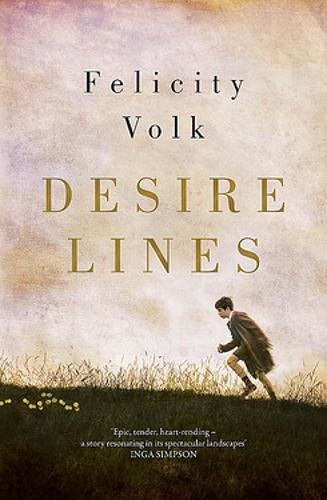 Are you still a liar? The crafting of those five words, even without dispatch, left her chilled.
Arctic Circle, 2012. On a lightless day at the end of the polar winter, landscape architect Evie Waddell finds herself exhuming the past as she buries Australian seeds in a frozen mountain vault - insurance against catastrophe.
Molong, 1953. Catastrophe is all seven-year-old Paddy O'Connor has known. Shipped from institutional care in London to an Australian farm school, his world is a shadowy place where lies scaffold fragile truths and painful memories. To Paddy’s south in Canberra, young Evie is safe in her family’s embrace, yet soon learns there are some paths from which you can’t turn back; impulses and threats that she only half understands but seems to have known forever.
Blue Mountains, 1962. From their first meeting as teenagers at a country market, Paddy and Evie grow a compulsive, unconventional love that spans decades, taking them in directions neither could have foreseen.
Set against the uneasy relationship society has with its own truth-telling in history, war and politics, Desire Lines is an epic story of love and the lies we tell ourselves to survive - and a reminder that even truths which seem lost forever can find their way home.

Paddy is seven years old when his parents hand him over to the care of the nuns. It is 1952, and some might say he is lucky to get away from his abusive father and the family’s poverty-line existence, but not Paddy. Not only does the abuse seem to continue wherever he goes, but he misses his mother, as only a child of seven can. When he is shipped to Australia from England as one of 7,000 British children forcibly removed from their homeland, he ends up at a farm school where neglect is a way of life. In some ways, however, Paddy’s new life is just beginning and he not only finishes higher education but becomes someone who helps his adopted country progress.

And, he meets Evie. Evie has grown up in Canberra, in a very normal family, where the worst thing she can do to upset her father is to not become a lawyer. She becomes a landscape architect instead, and spends much of her time helping her country’s capital to flourish. When the pair first meet, Evie is sixteen, Paddy seventeen. They spend one perfect night together and then she is gone. Years later, they find each other again, both have careers, both have families of their own. And yet, that first love ties them together so that neither can ever let go.

This book is over four hundred pages long, but it won’t let you go either. Paddy’s story will break your heart, Evie’s will be recognisable in so many ways. Over the fifty years or more during which their love comes and goes, Australia itself grows, providing the perfect backdrop to their tale. Wise, beautifully written and engrossing, this is a thoughtful novel written by a true storyteller.