Magnificent Desolation: The Long Journey Home from the Moon 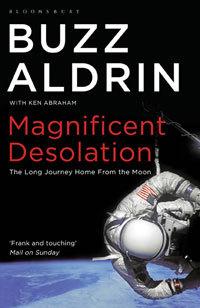 Magnificent Desolation: The Long Journey Home from the Moon

Buzz Aldrin, one of the three men who took part in the first moon landing in 1969, is a true American hero. Magnificent Desolation begins with the story of his voyage into space, which came within seconds of failure, and reveals a fascinating insider’s view of the American space programme. But that thrilling adventure was only the beginning, as Aldrin battled with his own desolation in the form of depression and alcoholism. This epic journey encompasses the brutally honest tale of Aldrin’s self-destruction, and the redemption that came through finding love when hope seemed lost.