In Search of the Warrior Spirit: Teaching Awareness Disciplines to the Military 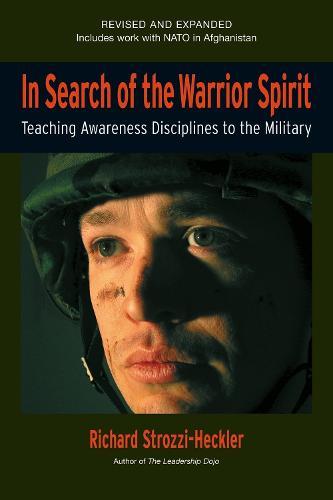 In Search of the Warrior Spirit: Teaching Awareness Disciplines to the Military

In a top-secret U.S. military experiment, Richard Heckler was invited to teach Eastern awareness disciplines ranging from Aikido to meditation to a group of 25 Green Berets. This account chronicles his experiences in the training programme and his attempts to revive traditional warriorship in a technological society. His book provides insight into the nature of war, the meaning of masculinity, and the need for moral values in the military. This book includes Heckler’s response to 9/11, his connections to the Pentagon and U.S. soldiers in Afghanistan and his reflections on the movie Black Hawk Down , which depicts the deaths of two of his trainees. There will be new material on visits to Afghanistan with NATO and the author will discuss individuals from the Trojan Warrior Project and Marine Warrior Project, relating events in a war zone and conversations with his friend the Supreme Allied Commander of Europe (SACEUR).