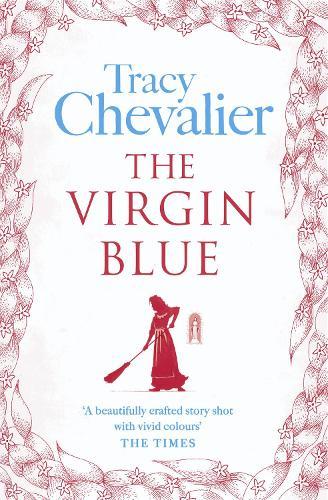 ‘A triumph. Excellent’ Time Out ‘A beautifully crafted story shot with vivid colours’ The Times ‘An intriguing and poignant read’ Sunday Express ‘Such an achievement for a serious writer that you feel it deserves an award’ Independent She was called Isabelle, and when she was a small girl her hair changed colour in the time it takes a bird to call to its mate… Midwife Isabelle du Moulin is marked as different, by both her red hair and her love for the Virgin Mary in her rich blue robes. As religious fervour sweeps 16th-century France, Isabelle’s striking likeness to the Madonna puts her in danger when her village is enraptured by new Protestant doctrine. Four centuries later, Ella Turner moves to the French village of Lisle-sur-Tarn and finds her dreams are haunted by the colour blue. Ella hopes to become both a midwife and a mother, but her plans unravel as she discovers her link to Isabelle, and her ancestor’s shocking fate.

END_OF_DOCUMENT_TOKEN_TO_BE_REPLACED

An international bestseller with over two million copies sold, this is a story of an artist's desire for beauty and the ultimate corruption of innocence.

From the author of the international bestseller Girl with a Pearl Earring, this is historical fiction at its very best and perfect for fans of Rose Tremain, Kate Morton and Sarah Waters.