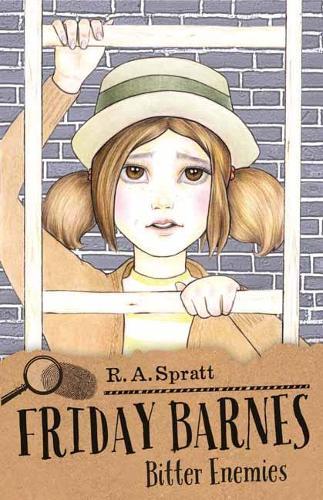 Headmasters behaving badly! Headmasters behaving badly! When four former headmasters arrive at Highcrest Academy to take part in the school’s anniversary celebrations, the students are warned to be on their best behaviour. Unfortunately, no one told the headmasters to stay out of mischief too! Which means Friday Barnes soon has a case to solve. But unravelling the truth isn’t easy when the whole school is being forced to eat paleo because the cook is on a diet; her best friend’s brother won’t stop blubbering about the terrible boat accident he may or may not have caused; and Friday is being trailed by a mysterious admirer - or is it a stalker? Can Friday find the facts among the mayhem? She’d better. The fate of Highcrest depends on it!