The Snowy: A history 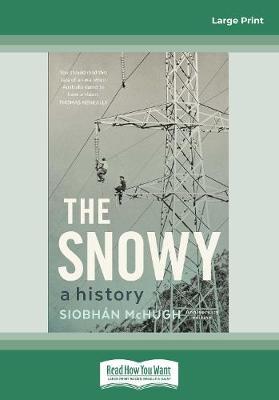 The Snowy: A history

The Snowy: A History tells the extraordinary story of the mostly migrant workforce who built one of the world’s engineering marvels. This classic, prize-winning account of the remarkable Snowy Scheme is available again for the 70th anniversary of this epic nation-building project. The Snowy Scheme was an extraordinary engineering feat carried out over twenty-five years from 1949 to 1974, one that drove rivers through tunnels built through the Australian alps, irrigated the dry inland and generated energy for the densely populated east coast. The Snowy Mountains Scheme was also a site of post-war social engineering that helped create a diverse multicultural nation. SiobhA!n McHugh’s in-depth interviews with those who were there at the time reveals the human stories of migrant workers, high country locals, politicians and engineers. It also examines the difficult and dangerous aspects of such a major construction in which 121 men lost their lives. Rich and evocative, this sweeping narrative tells stories of love, endurance, tragedy and hard work during a transformative time.