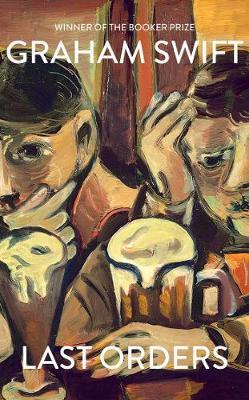 WINNER OF THE BOOKER PRIZE 1996 The classic edition of one of the 20th Century’s finest novels Four men once close to Jack Dodds, a London butcher, meet to carry out his peculiar last wish: to have his ashes scattered into the sea at Margate. For reasons best known to herself, Jack’s widow, Amy, declines to join them … On the surface a simple tale of an increasingly bizarre day’s outing, this Booker-prize winning, internationally acclaimed novel is a resonant and classic exploration of the complexity and courage of ordinary lives. Intensely local but overwhelmingly universal, faithful to the fleeting rhythms and accidental eloquence of everyday speech but also to the timeless truths of life and death, it succeeds in being comic and heartstopping, affectionate and wise, and in conferring on its stumbling, disappointed characters an enduring decency, dignity and depth. ‘A surpassing testament to Swift’s vibrant and powerful gifts’ The Times ‘A triumph … a story about the most fundamental things of all’ Evening Standard