John Freeman - Poems: New and Old: ‘And even time in a long twilight stayed and, For a whim, That whispered whim obeyed’‘ 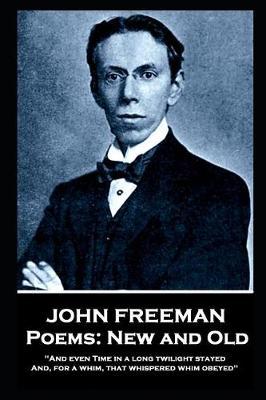 John Freeman - Poems: New and Old: ‘And even time in a long twilight stayed and, For a whim, That whispered whim obeyed’‘

John Frederick Freeman was born in London on 29th January 1880. He began his working life as an office boy at 13. Although known as a poet he did, in fact, build an early, successful, career in insurance. He formed a close friendship with the poet Walter de la Mare from 1907, who, impressed by Freeman’s poems spent some time lobbying on his behalf with Edward Marsh and Harold Munro to get Freeman accepted into their Georgian Poetry series. It took time but eventually his work was accepted. Freeman has been described as tall, gangling, ugly, solemn, punctilious . He won the Hawthornden Prize in 1920 with ‘Poems’ 1909-1920. ‘His Last Hours’ was set to music by fellow poet Ivor Gurney. John Frederick Freeman did on 23rd September 1929