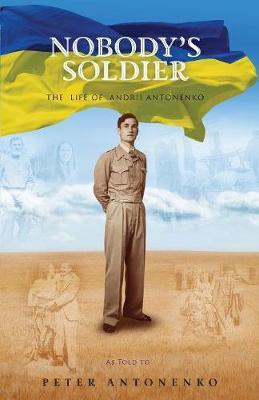 Andrii Antonenko was born in the Ukraine in 1922 shortly before the Communist purges of the Kulaks. He and his family were sent to work camps in the frozen steppes of the far North when he wasn’t even a teenager. He escaped the camp at an early age and from then on his life was a tale of extraordinary resilience and survival.
He was conscripted into the Red Army at the beginning of 1941 just prior to the German invasion of Russia, and was engaged in battle and subsequently wounded. He managed to return to his home town where he recuperated. Following his recovery he was forced into the German Army where he suffered under the hands of the Germans before escaping and joining the Italian partisans. During this period he escaped death several times, was often on the edge of starvation and in constant fear of his life.
Ultimately through luck and deception, he managed to pass himself off as a Pole and join the Polish division of the British Army in order to escape being repatriated by the Soviets and sent back to be murdered as part of their cleansing process.
$35.99Add to basket ›