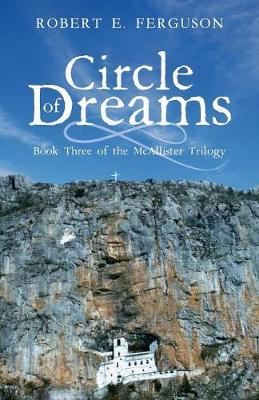 When writer Granger Lawton receives an invitation from his friend Bobby McAllister, the extraordinary and relentless treasure hunter, he strongly suspects that another adventure is afoot-and he’s right. Having already acquired the treasures of the Americas and the coveted lost artifacts of the Russian Imperial family, Bobby is already an accomplished man, but still he seeks to attain the impossible. This time, Bobby proposes a quest to Granger that far outweighs their previous adventures in terms of ease and plausibility: he wants to find the robe worn by Jesus before his crucifixion. Awed and reluctant, Granger ultimately decides to accompany his determined friend. After sailing across the ocean, Bobby, Granger, and their crew of knowledgeable and complex individuals begin their search in Jerusalem. Piecing together two millennia of history with religious documents and local legends, they slowly begin to uncover the robe’s journey, which leads them deep into the rural landscapes of Turkey and beyond. However, this is a prestigious quest, and it does not go unnoticed. Unknown to Bobby and his fellow robe-seekers are intervening forces, including the Vatican and a notorious villain of the past. In an adventure of this magnitude, there is always the risk of injury and death, but it arrives silently and before anyone can see it coming….