Zone of the Marvellous: In Search of the Antipodes 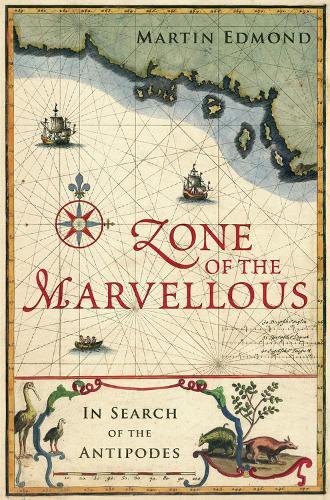 Zone of the Marvellous: In Search of the Antipodes

In the tradition of Dava Sobel and Longitude, award-winning writer Martin Edmond uses his extraordinary intellectual breadth and imaginative reach to elegantly and lucidly execute his most ambitious project to date - the history of 4,000 years of the Western imagination and the Antipodes, Great Southern Land, Zone of the Marvellous. Australia and New Zealand were imagined for thousands of years before they became real. From Plato’s Atlantis to Dante’s Mount Purgatory, from Sinbad the Sailor to Abel Tasman, travellers, writers, mapmakers, charlatans have dreamt of a fabled land on the far side of the world. In this far-ranging cultural history - ‘from Gilgamesh to Shane Cotton’ - Martin Edmond traverses vast territories of time and space, of human fortitude and imagination. While Ptolemy imagined a Great South Land to balance the weight of Northern Hemisphere continents on his maps and Phoenecian, Greek, and Roman sailors began voyaging down the African coast, thinkers from Plato to Dante, Milton, and Defoe were imagining paradise (or its opposite) at the bottom of the South Seas. Would you find pearls or purgatory or lost tribes in the antipodes? And whose fantastic tales should one trust? Even after the South Seas have long been discovered and settled, Edmond finds the tradition of the antipodes as ‘Zone of the Marvellous’ still exerts a powerful hold, over artists such as Sydney Nolan, Colin McCahon, Fiona Hall and Shane Cotton and writers such as James K Baxter and Janet Frame.