Evening is the Whole Day 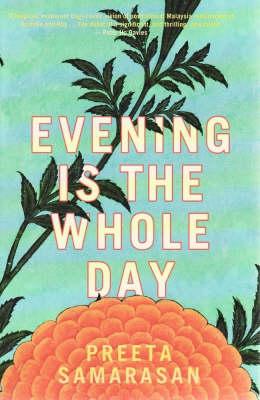 Evening is the Whole Day

Stunning debut from an enormously talented young writer with an entirely original voice. This masterful novel transports us to Malaysia circa 1980, as the prosperous Rajasekharan family of Big House, Ipoh, slowly peels away its closely guarded secrets…. Set in Malaysia, this spellbinding first novel introduces us to the prosperous Rajasekharan family as it slowly peels away its closely guarded secrets. When the family’s rubber-plantation servant girl is dismissed for unnamed crimes, it is only the latest in a series of precipitous losses that have shaken six-year-old Aasha’s life. In the space of several weeks her grandmother died under?mysterious circumstances and her older sister, Uma, left for Columbia University, gone forever. Circling through years of family history to arrive at the moment of Uma’s departure - stranding her worshipful younger sister in a family, and a country, slowly going to pieces - Evening is the Whole Day illuminates in heartbreaking detail one Indian immigrant family’s layers of secrets and lies, while exposing the complex underbelly of Malaysia itself. Sweeping in scope, exuberantly lyrical, and masterfully constructed, Preeta Samarasan’s debut is a mesmerising and vital achievement. ‘Rich, quirky and colourful, Evening is the Whole Day captures not just the sense of a family struggling to deal with its past, but the crazy uncertainty of a country coming to terms with itself’ - tash Aw ‘a surpassingly wise and beautiful debut novel about the tragic consequences of the inability to love’ - Booklist

The exquisite challenge of portraying modern Malaysia is in the conveying of subtle paradoxes. Authoritarian yet democratic, stable yet fractious, multicultural yet segregated, its nuances have defied capture in recent literature. While Tash Aw and Tan Twan Eng set their novels in historical Malaya, Preeta Samarasan has crafted hers in a more recent past. Skimming over the dying days of colonialism and focusing on the stumbling years of early independence, Samarasan’s novel is infused with the lush yearning of its title. As evening is the whole day for those without their lovers, the years are interminable for those without comfort. The central cast is the wealthy Rajasekharans, their status and Indian ethnicity a stark foil to the upheavals of young Malaysia. Aasha, the youngest, whispers to ghosts to assuage her loneliness. For her family is privately burdened: grandmother Paati resents a dwindling authority, mother Vasanthi feels trapped by ancestry, and father Raju struggles to reconcile convictions from an Oxford education with conservative conventions. Only the dazzling Uma, sister to Aasha, is to flee from their inherited history. Literary devices of Roy and McEwan will be familiar to readers, but the atmospheric idioms and brave forthrightness of Samarasan are entirely original.