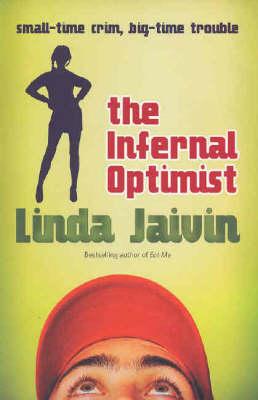 Capturing the voice of an Australia you haven’t heard in fiction before … Meet Zeke togan, a small-time crim in big-time trouble. A quintessential Australian larrikin - whose biggest problem is that he isn’t actually Australian. 19 year old Zeke was born in the Old Country but has been in Australia since he was six months old and considers himself as Aussie Aussie Aussie oi oi oi as the next bloke. But due to a mix-up at the naturalisation ceremony (Zeke was in the pub when the rest of his family were getting their certificates and sprigs of wattle) and some unfortunate brushes with the law, Zeke finds himself awaiting deportation from Sydney’s Villawood Detention Centre. So Zeke finds himself locked up with the other crims, asylum seekers, sex slaves, illegal workers and visa overstayers. He loves Marlena, She Who Loves, Honours and Obeys Most a the time Anyway, but he’s having a hell of a time proving it from the wrong side of a double fence. His new friends the ‘asylums’ aren’t doing so well either. Hamid loves Angel but she needs more than love. April thinks she loves Azad, but Azad thinks he loves April’s daughter Marley. thomas loves anyplace but where he is. Everyone loves freedom. Not everyone gets it. Everyone wants to survive. Not everyone will.

END_OF_DOCUMENT_TOKEN_TO_BE_REPLACED

Confessions of an S & M Virgin

From the author of Eat Me, Linda Jaivin vistis an S & M club in Sydney, explains why she prefers younger men and delineates the exact nature of lust. Tells about her friend the axe-murderer and her short life as a boy.

Zeki was born in the old country but has been in Australia since he was six months old he considers himself as Aussie as the next bloke. But due to a mix-up at the naturalisation ceremony and a brush with the law he finds himself...