African American Suburbanization and the Consequential Loss of Identity 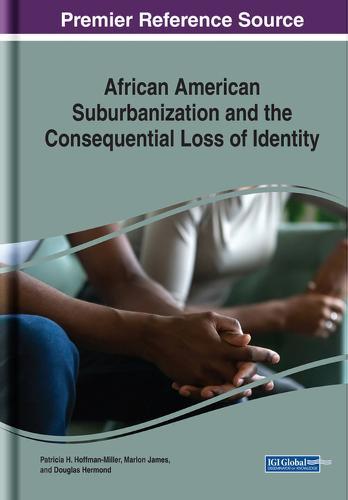 African American Suburbanization and the Consequential Loss of Identity

African Americans migrated from southern regions of the United States, the Caribbean, and Africa during the early 20th century, settling in large urban communities in the Midwestern, Northern, and Western regions of the United States. During the early 21st century, African Americans continued their post-industrialized transition from their initial urban locations to suburban and exurban locations, with class, income, and education being the predominant factors in determining locations of choice. However, the result of this 21st century exodus gave rise to an increased sense of isolation, loss of identify, and the gradual erosion of political power unique to urban communities in the late 20th century. African American Suburbanization and the Consequential Loss of Identity is a critical scholarly resource that examines the experiences of African Americans and the development of African American identities. It represents an important opportunity for an examination of the implications of this 21st century exodus, giving voice to all aspects of African American-lived experiences in suburban communities. Featuring a wide range of topics such as higher education, criminal justice, and social media, this book is ideal for professionals, educators, social scientists, political leaders, law enforcement, students, and researchers.