Back off!: How to Confront and Stop Sexual Harassment and Harassers 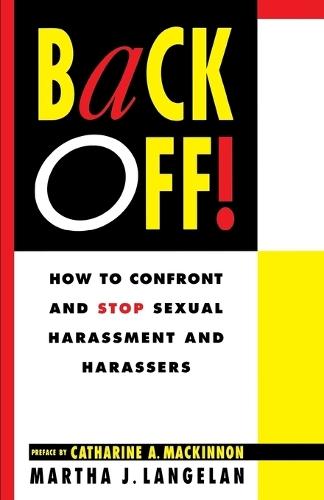 Back off!: How to Confront and Stop Sexual Harassment and Harassers

Back Off! is filled with real-life success stories from women who have stopped harassers cold: – Sharon, who succeeded in stopping a whole crew of habitual harassers in a city park… – Stephanie, a ten-year-old who confronted and escaped a child molester… – Catharine and Molly, who stood up to their landlord and stopped him from harassing the tenants…and dozens more. From an eight-year-old who successfully challenged two young harassers on the playground to an organized group of fifty women who confronted a dockworker in response to an attempted rape on the job, here’s what they did, how they did it – and how you can do it, too. Back Off! is the first book to focus on the direct-action tactics that work and the first to deal with harassment everywhere it takes place, in both blue-collar and white-collar jobs, at school, on the street, on the bus or subway, in the park, even in church. Back Off! examines the dynamics of sex and power in sexual harassment, the motives behind harassers' actions, and why traditional responses such as appeasement or aggression don’t work, and describes the successful resistance strategies that you really can use – including nonviolent personal confrontation techniques, group confrontations, administrative remedies, and formal lawsuits.